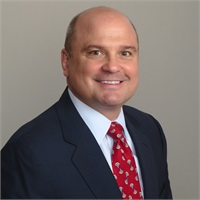 "We strive to put your best interest first in everything we do, and we place the highest value on acting in an ethical manner at all times."

Mark works extensively with people facing life transitions as they prepare to achieve their financial goals. For over twenty five years, he has been helping families, entrepreneurs, professionals, and near-retirees work towards achieving financial success.

Mark began his career in corporate banking and real estate finance. On this foundation he built a distinguished record in the Trust Division of SunTrust and The Private Bank at Bank of America, where he provided clients with guidance in complex investment, business planning, and wealth transfer matters.

Since founding Potomac Wealth Advisors, LLC in 2004, Mark has focused on helping clients achieve the financial life they deserve, from an independent perspective. Mark has been named by ±The Financial Times (2015 and 2016) as one of the country’s Top Retirement Plan Advisors, and a ±Five Star Professional (2016, 2017, 2018, 2019).

Mark is a regular guest on CNBC, PBS, and Fox Business Network. He has appeared on numerous shows including Closing Bell, Worldwide Exchange, Nightly Business Report, The Intelligence Report, Mornings With Maria, Cavuto Coast To Coast, The FOX Report With Shepard Smith, Your Money With Charles Payne, and other programs. For several years he has been a contributor to Forbes, and his contributions have also appeared in the Wall Street Journal and The Journal of Commercial Banking. He is also frequently quoted in the press including USA Today, U.S. News and World Report, The Washington Post, The Washington Business Journal, The Motley Fool, Business Insider Magazine, and Financial Advisor IQ. He also discusses breaking news on Bloomberg Radio as well as local radio shows, and is an invited speaker on a variety of topics related to public policy, economics, global financial markets, and financial planning.

Mark is active within his community and enjoys working with young people. He was an Adjunct Professor at the University of Maryland University College where he taught business and finance courses for almost ten years. He continues to be a dedicated supporter of The Greater Washington Boys and Girls Club, where he served as both Director (1997-2017), and President (2009-2012). For his service, Mark received a Congressional Citation, The National Service to Youth Award, The Richard J. Fedalen Award for meritorious Board service, and The You Make a Difference Award.

Originally from New Jersey, Mark graduated with honors from Rutgers University in Newark, NJ. He was elected to serve on the Student Government Association, and was captain of the wrestling team. He also earned an MBA degree from Rutgers. In addition to his active FINRA securities registrations and State Insurance licenses, he is a CERTIFIED FINANCIAL PLANNER™ practitioner, an Accredited Investment Fiduciary, and received a Chartered Retirement Plans Specialist™ designation from the College for Financial Planning.

In his spare time Mark enjoys tennis, golf, caddying for his daughter Abigail, listening to music, and finding interesting bottles of wine.

±To compile this list, the Financial Times evaluated nominees on seven broad factors and calculated a numeric score for each advisor. The areas of consideration were assets under management (AUM) in defined contribution (DC) plans, degree of specialization in DC plan advising, growth in DC plan AUM, average participation rate in advised DC plans, years of experience as a DC plan advisor, industry certifications, and compliance record. For the full methodology, please visit ft.com. 646 qualified applicants were nominated, of which 401 were recognized (62 percent of candidates)

±The Five Star Wealth Manager award is based on 10 objective eligibility and evaluation criteria, including a minimum of 5 years as an active credentialed financial professional, favorable regulatory and complaint history, accepts new clients, client retention rates, client assets administered, education, and professional designations. 1975 Washington, D.C. area wealth managers were considered for the award; 100 (5 percent of candidates) were named 2018 Five Star Wealth Managers. (The criteria provided reflects the most recent year for which advisor received the award. The criteria used, the number of wealth managers considered for the award, and the percentage of those who receive the award, may vary from year to year). These awards are not indicative of the wealth managers' future performance. Your experiences may vary. For more information, please visitwww.fivestarprofessional.com.