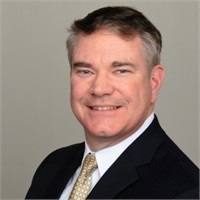 "You put years of hard work and a lifetime of hope into your investment goals. That's why we put all our years of experience, knowledge, and hard-earned insight into helping you achieve those goals."

A fifth-generation Washingtonian, John has been helping affluent families and organizations grow and preserve wealth since 1994.  After working on Capitol Hill, John began his career in financial services in the International Private Banking Division of Riggs Bank.  John built a long and successful career in the Private Wealth Management Division SunTrust Bank.  He worked as a Trust Officer and as a Private Banker, specializing in attorneys and not-for profit organizations.

Seeking the value for his clients that comes from an independent practice, John joined Potomac Wealth Advisors, LLC in late 2009.  With Mark Avallone, he is architect and manager of our investment philosophy, putting it into practice in our custom unified managed portfolios.  John is a graduate of Holy Cross College in Massachusetts and Gonzaga College High School in the District.  In addition to his active FINRA securities registrations and State Insurance licenses, he is a Board-Certified Financial Planner TM.

John is a member of the District of Columbia Audubon Society, where he formerly served on the Board of Directors as Head of Governance, and a former member of the Planned Giving Committee of Montgomery College Foundation, the Advisory Board of Capitol City Little League and the Urban Baseball Foundation.  John is also a past member of the Executive Committee of the Chevy Chase Citizens Association.  He lives in Chevy Chase with his wife Kathleen, son David and daughter Emily Rose.

In his spare time, John enjoys playing the drums, hiking the Mid-Atlantic’s Civil War battlefields, and brewing his own beer.